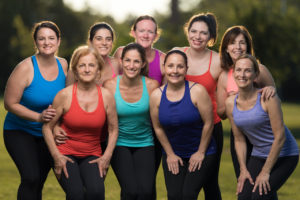 All instructors are classically certified in the authentic Pilates method. The certification program provides extensive knowledge of all exercises and equipment. The training includes safety, injury prevention, improvement of existing health conditions, and working with physical limitations. All instructors have completed over 600 apprentice hours under the supervision of master teachers.  They look forward to sharing their knowledge and experience with you. 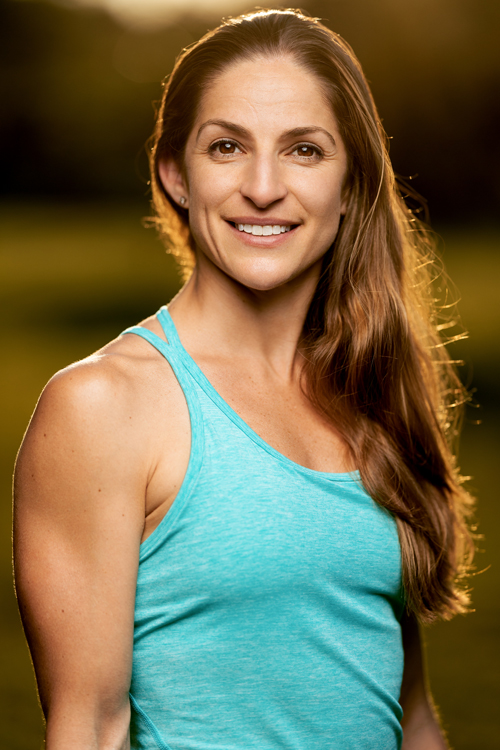 Tracy Fiore Lingeza is a recognized Pilates instructor, dance teacher and fitness expert in Westchester County. She established, owns and operates Fiore Pilates in Mamaroneck since 2004. After graduating from Hofstra University with a BA in Dance, Tracy completed her certification in 2000 under Joseph Pilates’ protege and master trainer Romana Kryzanowska. In 2006, Tracy received a second certification with the Pilates Method Alliance. Since 2008, she has been providing continuing education courses for instructors and apprentices. Tracy spent years balancing both a successful Pilates career and a professional dance career. She danced with numerous companies and the New York City Opera.  She has been recognized for outstanding achievements in the fitness field including 6 time winner of “Best Pilates Studio in Westchester”.  She strives to provide a unique workout experience that is nurturing, safe, and enjoyable for clients of all fitness levels.  She has developed courses for students and athletes to enhance strength, flexibility and injury prevention.  Tracy enjoys participating in local school and community events both as a business owner and as the mother of 3 wonderful children. 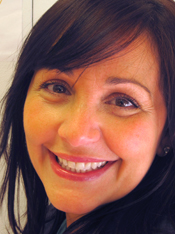 Maritza resides in Harrison. She was born, raised and schooled in the Bronx. After High School she went to Westchester Community College and Iona College. Maritza was involved in health and fitness for many years. Her training originated with bodybuilding. After years of difficult training, she suffered a back injury that resulted in surgery. Maritza started using Pilates as a challenging and therapeutic form of exercise. She trained for years at Fiore Pilates and discovered her desire to help others obtain their fitness goals. Maritza decided to become a certified Pilates instructor. She successfully completed over 700 apprentice hours, with Tracy’s help and support. Maritza is now a Pilates Method Alliance Certified Instructor. 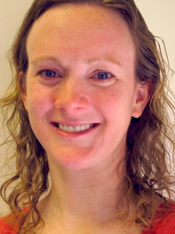 Jennifer was born in Georgia and raised in Florida where she was introduced to dance at an early age. She studied it for several years and attended a performing arts high school to further her knowledge of dance. After high school, she decided to pursue her passion even further by moving to New York and enrolling in SUNY Purchase dance conservatory where she studied ballet and modern dance. She graduated with a BFA in dance performance and it was during this time that she discovered Pilates. Unfortunately, from all the years of dance she had injured her lower back and had to take some time off. A few years later her back had healed and she remembered Pilates from college and how beneficial it would be for her to start and regain her strength back. It was then, after going to many Pilates classes that she realized that she had found a new passion in her life. Jennifer then decided to become a certified instructor in classical Pilates and share with everyone her love and knowledge of it. Jennifer returned to SUNY Purchase to attend the United States Pilates Association teacher certification program where she received her certification in the Authentic Pilates Method. She is extremely happy to now be teaching at Fiore Pilates with great clients and inspiring teachers. 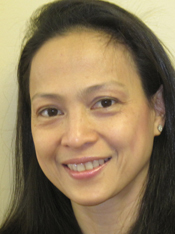 Nicole was born, raised, and educated in the Philippines where she had a long professional career in dance. In 1993, she came to New York and continued to dance professionally with companies such as Connecticut Ballet, Ballet New York, Tampa Ballet and Ballet Memphis where she was principal dancer.

Prior to taking her Pilates Certification, Nicole trained under Sonia Orevillo who meticulously instilled her vast knowledge of the art of Pilates. In 2010, Nicole received her certification through the authentic studio, True Pilates.
Currently Nicole belongs to the Faculty of the Connecticut Ballet Center in Stamford. 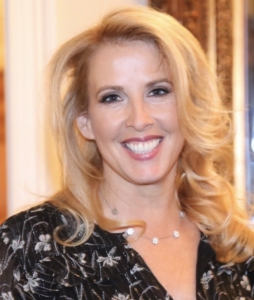 June Coppola was born and raised in Hicksville, Long Island and lived there until her late 20’s. She studied all forms of dance (ballet, tap, jazz, and Hip-Hop), throughout her life. She minored in dance classes at Hofstra University and began teaching dance at the age of 19. In 1995, she relocated to Manhattan and continued her dance studies. After starting her family in 1998, she quickly realized that she needed to strengthen and support her body and began taking Pilates in Manhattan. Realizing how the two forms complemented one another, she quickly became a Pilates devotee and has been fervently studying it ever since.
After 10 years in Manhattan, she relocated once again – this time to Harrison, NY. She found Fiore Pilates and quickly knew it was the perfect studio for her to continue her passion for Pilates. Enjoying it so much, she decided to go to school to learn how to teach the method. In 2007, her Pilates Education with Power Pilates began. In between having her last two children and teaching dance, she finished her certification and became fully certified in 2010 with over 600 hours of training.
A mother of four and the owner of a Long Island Dance Studio that she had taught in for 23 years, June is extremely devoted to teaching both young and old dance and/or Pilates. She is so excited to be a part of the Fiore Pilates Team and feels right at home here. She considers herself extremely fortunate to be able to make her living doing what she is most passionate about and truly believes that “Movement Heals”. 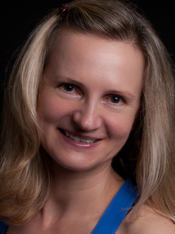 Dorothy Polanowska was born in Poland where she graduated from Hotel Management College.
She grew up doing Callanetics – an exercise program based on Pilates. During her Hotel work she developed shoulder and lower back problems. In order to relieve this pain and stress she was experiencing she began taking Pilates lessons at the Mindful Moves Pilates Center in Mt. Kisco.
After several months she was amazed with the results – she was feeling more energized, stronger and free from pain. This experience made her decide to change her career. She has received all levels of Mat and Apparatus Certifications from Power Pilates in New York City. She continues to improve her Pilates skills with Continuing Education classes and Personal Training.
Dorothy enjoys working with people and does her best to help her clients do their best.

Rachel Greenfield was born in Sydney Australia. She was on the high school athletic team and competitive tennis team. She originally studied to be a high school English and History teacher. She also performed modern dance in Sydney at several venues including the Sydney Opera House. Her studies continued with Vipassana meditation for many years and Nutrition at the Kushi Institute in Kiental Switzerland and Boston Massachusetts. She moved to NYC, where she lived for 13 years, teaching healing diets at Annemarie Colburn’s Cooking school, New York Macrobiotic Center and Integral Yoga Center. She received a certification as a Holistic Health Councilor at the Institute for Integrative Nutrition. She had a private practice working with cancer patients and clients who just wanted to stay healthy. She expanded her yoga practice to include Yengar yoga while living in NYC.

After almost dying from an allergic reaction to an antibiotic and living with chronic pain from a previous back injury, she decided to pursue Pilates as a safe modality to get back into physical fitness. Combining mat with the Apparatus, her body transformed and quickly strengthened and became pain free. She became certified through Power Pilates, studying with Lesly Levy, in all levels of mat and apparatus. Pilates has become her life long vocation and continues to study through Continuing Education and workshops with Bob Liekens. She also has a certification in V-Barre. She shares her passion of Joe Pilate’s genius with all her clients and enjoys seeing them progress and strengthen in this classical system. 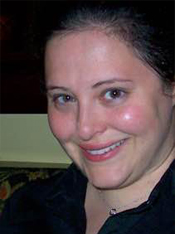 A Westchester native, Emily began her movement studies with yoga, obtaining her certification in 2008. She taught yoga throughout the county, and started taking Pilates mat classes with Jean McCabe at Yoga Sanctuary. She fell in love with Classical Pilates for the system’s ability to teach core control and precision, and as soon as she was introduced to the apparatus, she knew she wanted to teach. Emily got her Pilates certification at Center for Movement, and always aims for students to come away with a safe, strong, and fun workout. She lives in Mamaroneck with her husband and son. 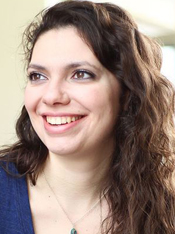 Grace Deane was born in New Rochelle, New York. Coming from a family of dancers, she had been drawn to movement from an early age. As a recent graduate, Grace is thrilled to be back in the NYC area. In May 2015 Grace graduated from the University of Wisconsin in Madison with a double major in Dance and Mathematics. She then completed her Pilates Mat certification through Movement Insights under the direction of Collette Stewart in 2015. Grace began her formal dance training at Scarsdale Ballet Studio under the artistic direction of Diana White. Then going on to further study dance in college. At UW-Madison, Grace Deane has performed many works by faculty and guest artists alike. Grace has received both the Noel Hefty Scholarship and the Catherine V. and Virginia E. Tenuta Scholarship for her academic performance at UW-Madison. Grace continues to work on communicating and creating through dance. It is the beauty of communication through movement that led Grace to pursue a Pilates certification. Her experience with dance and performance fuel her love for Pilates and desire to help others learn to move efficiently and safely in their everyday lives. 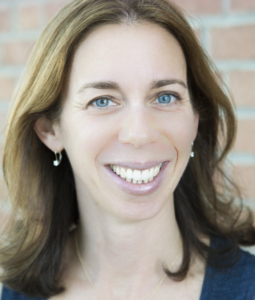 Mandy Kirschner Salva was born and raised in Maryland. She started dancing at a young age and graduated from the Baltimore School for the Arts in 1995. She continued on to SUNY Purchase where she graduated cum laude and received a BFA in dance performance. In 2000 she joined the Merce Cunningham Dance Company where she performed and traveled throughout the world for four years. She was also a member of the Stephan Petronio Company. While dancing professionally, Mandy studied Pilates at True Pilates in New York City and Received her PMA Certification. She has taught Pilates at Ballet Academy East, Steffi Nossen Dance Studio and at Fiore Pilates off and on since 2009. Mandy is currently a founding member of Second Story Dance Project in Westchester, NY where she also lives with her husband and 2 boys.